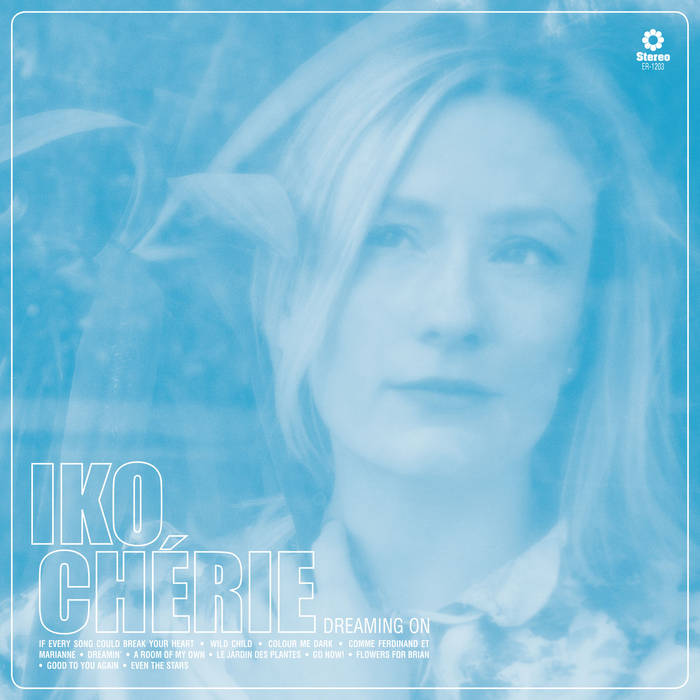 ezraak One of my favorite albums. It’s perfect for chilling and going on long walks. Seriously, this album has a PHAT MOOD....love it.

Marie Merlet was born and raised in Bordeaux, where she maintained a close, continuous relationship with music while she was a film student, playing in various bands and Djing weekly on the local radio station Nova Sauvagine. Everything changed the day she met Laetitia Sadier. At the time, Marie was involved in a thousand projects: a girl-group doing covers from the sixties, a WASHINGTON DC-styled punk combo, and a few experimental electronic ventures. But when the then-singer of STEREOLAB asked her to join MONADE and they started recording and touring together, there was no turning back. Marie traded Bordeaux for London, where she continued her musical journey as part of electronic duo ZOOEY or with the sweet pop of LISBONNE. In 2013, Marie began recording songs on her own in her London home studio under the moniker IKO CHÉRIE, and the result is this “Dreaming On”, an album mixed with SCHNEIDER TM in Berlin and mastered in Barcelona by Xavier Alarcón.

“Dreaming On” is a special album, for a lot of reasons. First, because of its unmistakable pop sensitivity, which argues intelligently between the sweet and the bitter. This first IKO CHÉRIE album is dedicated to dreaming and how it can be so cathartic and so illusory at the same time, making you travel to unknown worlds while also keeping your feet far from the ground. Second, because it is easy to see the musical culture and baggage of an artist who has already played with so many styles, and who puts almost all of them into play on an album that, of course, has so much of her French origins (Françoise Hardy, France Gall, LES PARISIENNES are unarguably influences here). But those sounds are updated with effervescent and nebulous ambiance, spacey lounge or Brazilian music, to name just a few. And third, because her vocal register could be compared to Claudine Longet, Hope Sandoval, Blossom Dearie or Kahimi Karie, with whom she definitely has a lot in common.

With the help of her band mates from MONADE, Julien Gasc and Emma Mario, and Laetitia Sadier’s portentous appearance on the great “Go Now!” Merlet has made an exciting album. Like that opening with “If Every Song Could Break Your Heart” that leads us right into “Anyone Who Knows What Love Is” by Irma Thomas, but giving it a lysergic touch that stays with us for every second of the album. And that’s the point of that cover of SUN RA’s “Dreamin’”. “Wild Child” gives a more organic note to LALI PUNA’s fragile melodies and ambiances, while “Colour Me Dark” leans more towards pristine sixties indie-pop. “Comme Ferdinand Et Marianne” is pure doo-wop, as well as her first incursion into French on the album, which confirms all the connections we mentioned earlier. “Flowers For Brian” is a demonstration of her obsession with Brian Wilson, while “Le Jardin Des Plantes” is an open window to tropicalism, beyond bossa nova. “Good To You Again” is pure, cosmic easy listening, and that incredible final track on the album that is “Even The Stars”, between echoes of soul, rhythm&blues, and aromas of Richard Hawley.

This is definitely one of those unique, special albums, full of magic and seduction.

Bandcamp Daily  your guide to the world of Bandcamp